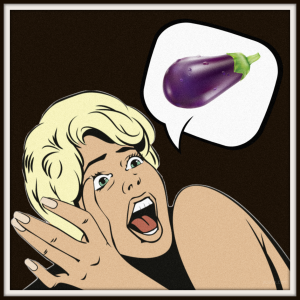 K so before I even get IN to this, I will preface this story with some key points.

Being a small screen queen means I’m a fantasy and I bring fantasies to life. ALL kinds of fantasies. Feet, costumes, roleplay…you name it, I’ve done it.

But sometimes being a small screen queen also means being a compassionate, listening ear to talk to when things get lonely or tough. I have plenty of fabulous members who I chat with on the daily on my website about life. It’s actually super duper common.

Updates about their family, their promotion at work, how they’re going through a rough patch with their best friend. Oh, I hear it ALL.

And I’m happy to do so! It’s nice to know I’m helping someone get through a tough time.

So all that said, even back when I was a webcam model, I encountered a whole lot of “just wanting to talk-ers.”

This one fella, however, took this particular category to a whole new level.

Brandon was a foreign student from China; a senior at a prestigious Ivy League school on the east coast. He was the quiet, shy, nerdy type, and a real friendly person. He had friends, but was also an introvert who enjoyed his alone time.

Anywho, Brandon was a super duper tipper in my public chat room on My Free Cams, the site I was on. One day, he PM’ed me and asked if I would be down for a Skype session. I’m thinking it would be 10 minutes.

But nope, he wanted two hours.

Of course, being the virtual stripper (of sorts) that I was, I automatically assumed he would want two hours of an adult-oriented show. Which is a LONG fucking time, P.S.

Like I said, my Skype shows are usually MAXIMUM of ten minutes. I also thought he was fucking with me.

But nope, he wanted two hours. For real. And he also wanted to…just talk.

Literally. So he Paypaled me my Skype rate and we talked. On Skype. For two hours.

He was super interesting and cool. We had MANY an intelligent conversation…political debates, literature recommendations, business tips were exchanged…

Brandon went on to buy 2 hours of chat time with me around 4 times a week for a month.

Which is, like, a LOT of time. And also a nice paycheck for me 😀

One day during one of our chats, Brandon approached me with a proposal.

I LOVE writing (which he was well aware of after all our time spent talking). English was not his first language and he was incredibly self-conscious of the way he spoke and wrote.

Brandon had his senior thesis deadline approaching in the next two months.

This paper was a really big fucking deal. Like, he had to turn it in AND get a phenomenal score – this was a deciding factor as to whether he would get into his grad school of choice.

And he wanted me to write it.

His proposal was that he would pay me a few thou(sand). Dollars.

And buy me a new Mac desktop computer.

Now, please keep in mind that I have my BA in Broadcast Journalism. I’m a writer. I’m a nerd. I love to do research. I went to school to write and communicate.

So as far as I’m concerned, Brandon was doing himself a huge favor by bringing me in to this operation.

And yes, I spent the next couple days of my life holed up in my tiny Hollywood apartment, busting out this thesis masterpiece.

Don’t get it twisted: this shit was a BEAST to write. I was cranky. I was sweating. I was cursing. But I fucking DID IT.

Brandon followed through with his word on both accords. I got a paycheck and a computer.