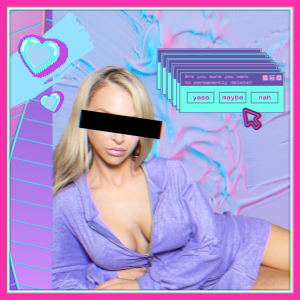 Today was ONE OF THOSE DAYS (and, like, it’s still morning here in NY) where as soon as I woke up it seemed that everyone was annoying and everything was just pissing me off. I started my day in a frenzy filming last-minute scenes I forgot to film, followed by my business partner telling me how to behave on a call we have as if I’m the world’s biggest idiot, followed by spilling water on my laptop and a lot of random shiz in between.

Just one of those days where you just want nothing more than to tell everyone to fuck off and go back to bed.

You know what I’m talking about.

I know I am Ms. Positivity/Rainbows/Unicorn Dust, but I am not immune to fuckery, either.

Fortunately, for the past couple years, I’ve been heavily invested in practicing techniques that, in situations like these, help me get re-aligned, re-focused and drop the drama and chaos I feel bubbling up in me.

Because for me, it’s either that or spend my entire day pissed off over some dumb shit that happened in a couple hours. And I’m not about to waste a day giving myself a pity party or wallowing in misery because frankly, ain’t nobody got time for that.

So as soon as I felt myself on the verge of having a fucking meltdown, this is what I did:

We cannot control what happens to us, but we CAN control how we react to them. That, we are in 100% control over.

These are the steps I take whenever something irks me. This is exactly how I process everything and release it, so I can remove it from my life and keep moving forward.