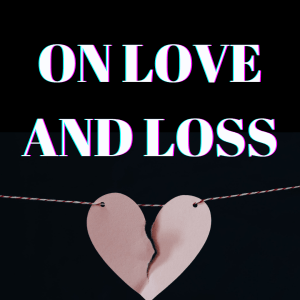 I lost my dad to alcoholism in 2017 at age 27. While it’s something that I’ve processed, grieved over, and accepted, I would be lying if I said it didn’t still hurt. Truth be told, I don’t think it will ever not hurt. I think the death of a parent, especially one that’s sudden, is something that turns your world inside out and upside down and you’re just never quite the same after that. It’s like a hole in your heart that you just learn to live with. I’ve never opened up about this this much before, but in recent times, I’ve learned that what helps me heal the most is not only writing, but sharing my stories in hopes of helping others, too.

I spent my entire childhood not knowing he was sick with this disease because it was something that was well masked from not only myself and my younger brother, but from everyone outside our immediate family, too. I do think that deep down I inherently knew something was off from a very young age. I was never close with any of my family members and spent a lot of my time instead either alone in my bedroom reading tons of books, or off with my friends. I think that’s why that aside from my close friendship with my brother, I consider my chosen relationships, both romantic and friendships, to be the strongest bonds I have with other people. I really do abide by the whole “friends are family” notion.

I don’t have any anger nor do I blame anyone over that. Everyone was just doing their best and what they thought was right for us during that time. Besides, he was also functioning. He was a great dad. He built us our own double-decker custom playhouse in the backyard, an ice skating rink in the winter, picked us up from school, and showed up without even questioning me when I called him at 22 because I had found a mouse in my car and didn’t know what to do. He was the best dad he could have been to the best of his abilities.

It wasn’t until my parents got divorced when I was around 23 when the truth really came out. Looking back on the random incidents that happened when I was growing up, it made total sense that he had been struggling. Coming home to finding him “sleeping” on the living room floor. Finding him passed out in the bathroom in the middle of the night when I had to go. Witnessing my mom giving him the cold shoulder seemingly all the time, as if there were some underlying reason why she resented him so much but I never did understand why.

When he moved out of our childhood home after the divorce, it got even worse. He had also had major hearing loss after years spent working in construction, had extreme vertigo and a cochlear implant that permanently and extremely distorted his ability to hear normally, which I know sank him even further into a deep depressive state. I can’t imagine to this day what losing such an integral part of your existence, your ability to hear, must be like.

I recently read an account of another person who lost his own father to alcoholism in his twenties, and he talked about how when you live with a parent who’s got this disease, that you almost start grieving them before they pass away because you slowly see them deteriorating in front of your eyes and there’s absolutely nothing you can do about it. I’ve never heard anyone explain it this way but he absolutely nailed it. That’s exactly what it’s like.

I did try, many times. Nothing I did worked. During that time, I was flustered and felt helpless, but I’ve been able to forgive myself, because when people don’t truly want to help themselves, no matter how much they need it, they won’t accept it. That’s something I came to terms with a long time ago, and it’s what helped give me a sense of peace when he passed away, because the guilt that naturally came from that was so, so real.

My only other sibling, my younger brother, was only 22 at the time.  Since my parents were divorced, it was on just him and I to handle the aftermath of his death, to see to it that his affairs were handled how he had expressed he had wanted them to be in the past. To see to it that his ashes were scattered exactly where he wanted them to be. Twenties are far too young an age for anyone to have to go through that. If there’s any one instance I can pinpoint that made me grow up immediately, it was that.

Anger, for not having the kind of Dad I thought I should have had – that any child should have had. Resentment, despite knowing he had a disease, for being selfish enough to choose to drink his problems away instead of facing them (I also know that therapy was probably unheard of for his generation during that time). Extreme sadness, for not being around to see how awesome his kids are doing, knowing that he would be so damn proud of us both (before he passed away, he did tell me that he supported my decision to do adult work, because as long as I was happy, that’s all that mattered). Even more sadness over the fact that he’ll never be able to meet important people in my life like my significant other, and later in life, my own children. That he’ll never be able to live into old age and experience all the wonderful gifts that life has to offer.

If there’s any sort of silver lining to be had from this experience, it’s the fact that it changed my perspective on life and love forever. It made me open my eyes to what my true priorities were in life, and what truly matters. Family, keeping the company of good people, inner peace, living a full life, health and wellness…all of it. I stopped partying. I got really serious about wellness; not just physical health but mental as well. I started meditating, prioritizing a healthy lifestyle, focusing on how I could be of further service to the world, and how I could help lift up and inspire others around me. I stopped hyper-focusing on materialistic stuff and starting instead looking inward and focusing on how I could be a better person from the inside out, not just to myself but to the people in my life.

I see a lot of him in me, too. I’ve got his strong jawline (YAY). I’ve got his quiet and kind demeanor. I’ve got his dry sense of humor. Oh, do I have that! I’ve got his “wild child” streak with a love for all things fast, like boats, ATVs and rollercoasters. Knowing I’ll carry these little things with me throughout my life makes me happy.

If you’ve lost a parent, especially one to addiction, I see you. I feel you. I love you. The way I see it, you get to carry your lost loved ones with you for the rest of your life and experience the world through your own eyes, together. And, the way I see it, living your life in a way that would make them so proud is the biggest act of not only self-love, but way to honor them, that you can give to yourself.