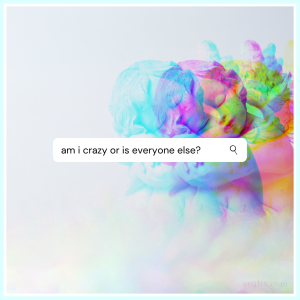 I’m a move forward, never look back kinda person. I’m not nostalgic because I’m busy creating a future that’s even better than the past. But there are certain parts of my past that I will never, ever forget because they serve as reminders as to what’s true and possible.

Like, when I decided to quit the 9-5 rat race life FOREVER to be a webcam model instead. LOTS of people in my life thought I was certifiably insane. “It’s not a real job!” I was told. “That’s not sustainable!” “That’s the easy way out!” (as if I want to spend my life doing backbreaking hard shit that sucks, lmao).

And then…I did it anyways. I made way more money than I ever had working in the 9-5 world. I also worked WAY harder than I EVER had in the 9-5 world. Anyone who’s ever done a webcam show will tell you…yes, it is a real job and yes, it’s not easy. The good models just make it LOOK easy.

Or how about when I decided to drop my life in New York to restart in Los Angeles…doing adult film. Again, I heard the same old feedback from (well-intended) people who couldn’t fathom that this was a possible way to live. “Oh, you’ll be back soon!” “That’s a dangerous, dark industry! You’re too good for that!” [my experience was neither dark nor dangerous] “You’ll never be able to have a REAL job again!!“ (DUH).

And then…I did it anyways. I moved out there knowing, like, 2 people, with some boxes of my stuff, and started over. I had some of the best times of my life. I met some incredible people and made lifelong friends. I learned A LOT about myself…and how to run and grow a business.

I grew up. I found myself. I built that business that expands every single year. I created the life for myself that I had always envisioned…the one that sounded INSANE to others but made perfect sense to me…(My own list goes on, too. At this point, I’m USED to people calling me crazy).

…and ultimately, that’s all that ever mattered.

As long as I believed in myself to the core, I knew I would accomplish all that I set out to. Or something better.

And this is possible for anyone.

Never underestimate the power of belief in yourself. People can only believe in you as much as they believe in themselves. If you don’t have a thick skin yet, be mindful of who you share your visions with because you don’t want anyone to stomp them out before they’re born.

Just keep your eyes on the prize, blinders up, and decide that you’ll make whatever IT is, happen for you. Then get to work.

That’s all it takes.

Then, eventually, the same people who called you crazy will ask you how you did it. 😉