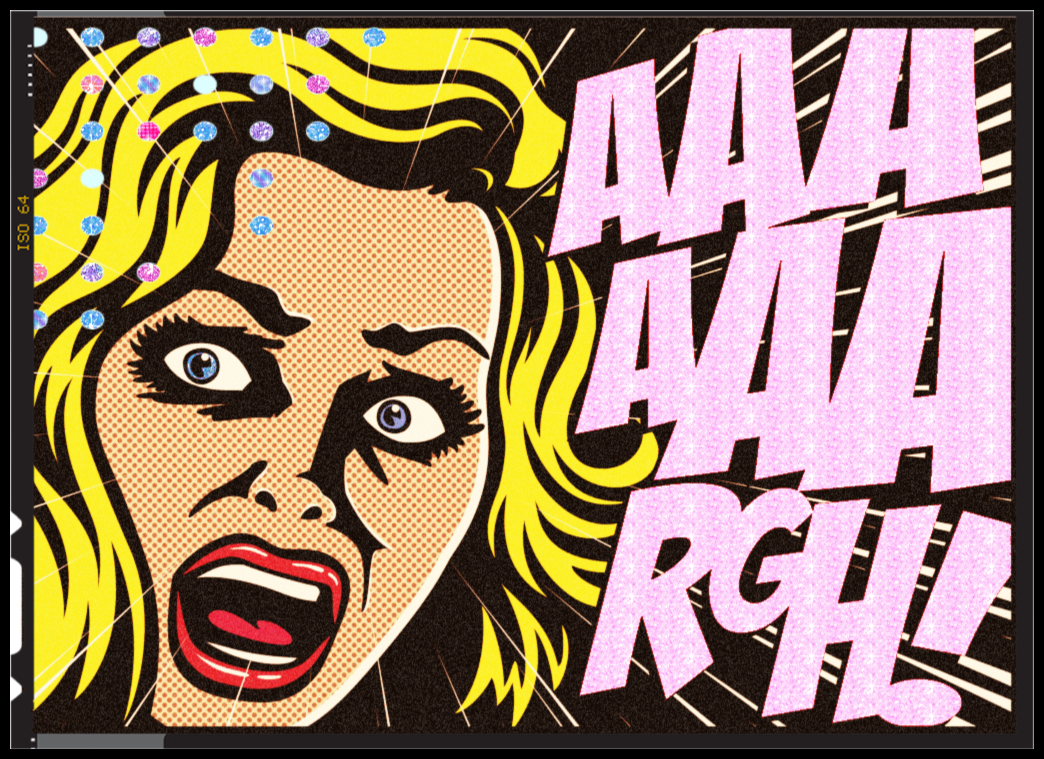 Well, perhaps not EVERY single day. But most days, I’m afraid. And I know, it doesn’t seem like it.

Why am I afraid?

Because I push myself.

I push myself to go FAR beyond my comfort zone. The farther I push myself, the more scared I get. So I keep going. It feels unknown, anxiety-inducing and straight up uncomfortable AF.

And that’s precisely why it’s such a beautiful thing.

Because if I weren’t getting up every day and making myself go on live streams to chat with my followers, even though I may not necessarily feel like it in that immediate moment because I have a headache…if I weren’t forcing myself to have uncomfortable but necessary conversations with people I do business with…if I weren’t throwing myself into a project that I’ve never undergone before (hello, this blog) and going back and forth with the web designer trying to communicate what I want without sounding like a total buffoon…there would be no improvement.

I would never grow the way I’m meant to grow to make the impact that I’m meant to have on the world. And this isn’t just about me. We all have our own unique gifts and talents that we’re meant to give to and share with others.

Every single one of us.

For me, it’s super duper necessary, in fact THE MOST important to me, that I get whatever needs to come out of me, out of me. I just feel it. It’s like…giving birth? But to ideas. Which is my job. Which I love to do more than anything.

But that doesn’t make any of it any less scary.

People who follow through with the unique gifts and creations they have that they’re meant to share with the world and people who don’t are not different breeds of human. It’s just that the former knows and understands that fear isn’t a sign of “I’m not going to do this so I don’t feel uncomfortable” that the latter follows.

In fact, it’s quite the opposite.

I once heard a quote that went something along the lines of, “Go where you’re most afraid to go.” As in, go after the burning desire of your heart that also makes you want to throw up when you think about it because that goal is so massive. THAT’S WHERE YOU’RE MEANT TO GO.

Like the time I decided, “I’m going to just drop my entire life and move from New York to LA where I know precisely nobody to start a career as an adult film star” at age 25. I was petrified. I didn’t know what the fuck I was doing.

I just Googled everything, found an agent, and went from there. Even though the whole thing was insane, I KNEW in my heart that this was exactly what I wanted, so I went after it, guns blazing, pushing the fear aside every time it came up.

I felt an unspeakable pull every time I thought about actually following through with the move. Like I was being reeled in from New York to California by a giant invisible fishing line.

It was calling me. So I answered.

And sure enough, that weird feeling of unsettlement that I had been carrying for so long disappeared. Now here we are.

Who took me on as a client because he saw how hungry and how serious I was when it came to my new career. 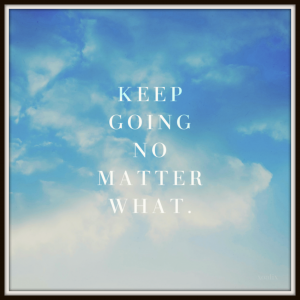 Or how about the time more recently when I knew I had hit a wall when it came to the way I was running my life and business (AKA to the point of physical and mental exhaustion on the daily, putting myself on the back burner) and knew something had to change.

I felt a sense of dread and anxiety at the thought of changing anything (I’m a routine person to the core) but stronger than that dread and anxiety was THAT PULLING FEELING AGAIN doubled with that true knowing that if I went headfirst through the fear and anxiety I was feeling (I had been drawn to a couple business coaches, each with expensive but highly recommended programs) that I would come out the other side stronger and better than I could ever imagine.

That pull led me to investing in them, and therefore, myself, which drastically helped me transform my way of thinking things had to be, and helping me to restructure this part of my life in a way that felt aligned with who I was and where I wanted to go without exhausting myself in the process.

Or like that time I decided I was going to start my music project, Fancy Monster, with my brother. I had no fucking clue what I was doing. I didn’t grow up playing in rock bands (although I was a killer alto sax and flute player for 12 years 😉 ) I’m not struggling to make ends meet hopping from gig to gig.

All of the above is fantastic if that’s who you are, but I just come from a different place and have a different story.

So, like, I have ZERO experience in this world aside from having an imagination that runs rampant, biz skills and nonstop gut instincts as to exactly how this project will come to life and using the resources I have to make it happen one piece at a time.

All I had was a burning desire and THAT SAME EXACT PULL to go and do this that I couldn’t ignore even if I tried. I’m scared shitless pretty often and also question my sanity equally as much. But that’s also how I know I’m doing the right thing.

And stronger than the fear I experience is the feeling of confidence and just KNOWING that as long as I keep going and don’t quit, I can’t fuck this up and I will end up EXACTLY where I want to be (or somewhere better) because this is what I decided and once I decide, I always get.

Because it’s literally impossible to exist in any other reality. Because it’s a true, burning desire in my heart that has proven itself to be coming to life just as I had planned, as long as I continue to show up for it every single day.

My examples may be more on the uhh intense side. Who knows though. Maybe yours are equally bananas. Please do spill if so.

No two humans are exactly alike. We’re all wired differently. All I’m saying is, if you wanna get ahead in life by any measure…whether it’s businesses, fitness, relationships, etc…if you don’t want to be complacent…you’ve gotta get used to the feelings of fear.

Because they’re always going to be there. But instead of avoiding them, just dive in, headfirst.

Anyways, once you’re in, it gets WAY less scary. Like, it’s THERE. You just instead accept and understand fear as being a natural part of your existence.

You feel it, you acknowledge it, and you do whatever the fuck you want anyways.

And I promise, you can.