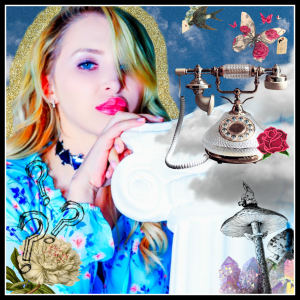 You asked, I answered!

Onlyfans is EVERYWHERE. Has the adult entertainment industry changed because of it? Is it changed FOREVER?

Onlyfans has been around for a handful of years now, but it’s popped OFF especially in the past year. And yes, it has changed the entire industry, but in a GOOD WAY.

When I first got into the business, the number of women I knew who were focused mostly on producing their own content (I was one of them, still am) vs. the ones who were just going full force filming for companies was a small percentage compared to a massive one. The way things were then was that your agent would book you for a scene with a studio. You were paid a flat rate for that one scene for the day and that was that. Just like going to the office and working your desk job for the day.

Onlyfans has opened up a LOT of performers’ eyes to the fact that they can produce their OWN scenes (and collaborate with other performers of choice to do so) for their fans. In addition, they can make residual income from those scenes for literally EVER. It’s short-sighted vs. long-term. For me, personally, I’m a big picture person. So I would much rather spend my time producing my own scenes that I can share with my fans however and whenever I want, FOREVER.

For example, I can share a scene on Onlyfans, then post it on a site like Manyvids a year down the road, then post a preview of it onto Pornhub…vs. if I go work for a company, I’m paid a flat rate for that scene and I have zero residuals or ownership of that scene. So a company can pay me $1,500 for a scene and then make $20,000+ off of it (this is common, BTW).

This is why it’s annoying for performers to hear from fans that they’ve “retired” just because they’re no longer going to set and instead are producing their own scenes. From a business perspective, it’s smarter to produce your own scenes. BUT…it’s also fun to collaborate with companies for cool passion projects! And some performers just fucking LOVE being on set.

In addition, Onlyfans is the shit because it allows performers to give their fans intimate access to their worlds…whether that’s in the form of professionally-produced, high-end scenes, or just pulling out the camera during an intimate moment at home in the bedroom and hitting the record button. It gives fans DIRECT access to their favorite performers. Like, I LOVE more than anything the fact that I can DM directly with my fans and cater to each one’s specific desires. It’s like a combination of a virtual strip club and a Starbucks (lol). Fans can order stuff like custom videos, voice notes, photo sets, etc. all custom-tailored to their personal desires and fantasies.

The sky is literally the limit.

Having that extra income from Onlyfans every month, simply put, gives performers OPTIONS. If you don’t feel like going to film for a studio, you don’t have to. Some performers are strictly producing their own scenes for Onlyfans now and not going to studios anymore because they make way more money from working less (which isn’t a BAD thing. It’s working SMARTER).

PLUS, producing your own content, as a performer, gives you complete control over who you collaborate with, the kind of scene you film, and literally every single detail in between. Which, in my opinion, just makes for a BETTER, more organic and HOT AF scene. It’s that vs. just going to set to work for a company where you’re told who you’re working with, given a script and a scenario to act out, and are paid a flat for the day, zero residuals.

Onlyfans also gives performers freedom to work from wherever the hell they want. In theory, I can literally go anywhere in the world whenever I feel like and still be able to film and take hot pics and vids. 🙂

All in all, Onlyfans just gives performers more options and also allows them to further monetize and expand their businesses. And, even if Onlyfans were to suddenly disappear tomorrow, there are other fan club sites out there, like Fancentro, so this business model is never going to completely go away. That said, yes, I do believe that the adult entertainment industry is forever changed because of it.

IS ONLYFANS AN EASY WAY TO MAKE MONEY?

Is it easy for someone to hop on Onlyfans and make a ton of money? It seems like anyone can do it.

This is a wildly common belief but is also absofuckinglutely not true. Let me explain.

IF you are, say, an Instagram model, adult actress, or hell, any sort of person who has a presence on social media and a fuckload of followers ALREADY, then yes, you can do very well on Onlyfans because you’ve already got the audience for it AND you already know that producing content for Onlyfans is a must if you want to do well with it.

For someone who falls into these categories, it’s going to be easier for you than, say, someone who’s starting with a blank slate with no presence or followers because you’re starting from scratch, so you have to build all of that, too.

But even if you DO fall into any of the above-mentioned categories, it’s still a lot of fucking work. In my world what that looks like is DMing with my fans twice daily, taking new photos and vids, filming new scenes, organizing them, sending them out, etc. PLUS filming custom content on an as-needed basis…and it’s doing that every single day. Literally. I don’t think I’ve NOT posted on Onlyfans in like two years. That’s just me. I’m super structured and this is how I run mine. Some people I know are way more chill with it, but I believe in consistency AND delivering for my fans daily. It’s a personal preference.

If, on the other hand, you’re JUST starting off with a blank slate, it’s also going to be a lot of work for you because you’re not only doing stuff like interacting with fans on Onlyfans, taking new pics, vids, filming new scenes..you’re also doing stuff like growing your fan base on social media and promoting your content (which you STILL need to do even if you have a fuckload of followers from my first example) but when you’re first starting off, for a lot of people, it’s challenging because you’re fresh to the scene so you’re trying to find your vibe and figure out what kind of scenes to film, what kind of stuff your fans are into, what YOU’RE into, that kinda thing.

(^^^^I know this was an entirely run on sentence but I don’t care because this is my site, my rules. heh heh.)

All in all, regardless, Onlyfans is a lot of fucking work, but it’s also a LOT of fun! Just like any other business, it’s easy when you love the work you’re doing because it doesn’t feel like work. I can easily go 12 hours of filming back to back to back to back photo sets because I’m having a blast playing dress up knowing that my fans will love what they see.

If you’re thinking about starting an Onlyfans for yourself…or perhaps you’re just curious, and want to learn more about how it all works, I also wrote a FREE e-book that shares how I make 5 figures a month on Onlyfans (which anyone can do if you follow my guidelines).

If you’d like your questions answered, you can email my team (and it’s totally anonymous, P.S.) at teamfantasyfactory@gmail.com, and I’ll be answering away right here as well as in my “Ask AL” series on Instagram Live.